You probably have herpes and you’re not alone.

When you get diagnosed with herpes you feel like you’re all alone and the only person in the world with herpes. Well guess what!!! You’re now the majority. Yes, the majority of people have herpes. In fact 84% of the world population has herpes.

Let’s break that down for you...

First let’s talk about the United States and people with herpes. I pulled up numbers from the census and data from the Center of Disease Control to get as exact as we can. Unfortunately the CDC only had numbers of people from the ages of 14-49 with herpes. Now we know that there are plenty more people with herpes that are over 49 but we have to go with the numbers and data that’s provided.

I’ve also included graphs and more data breaking it down to type 1 & 2 as well as the age, race, and sex. I found this pretty fascinating and I think you will. 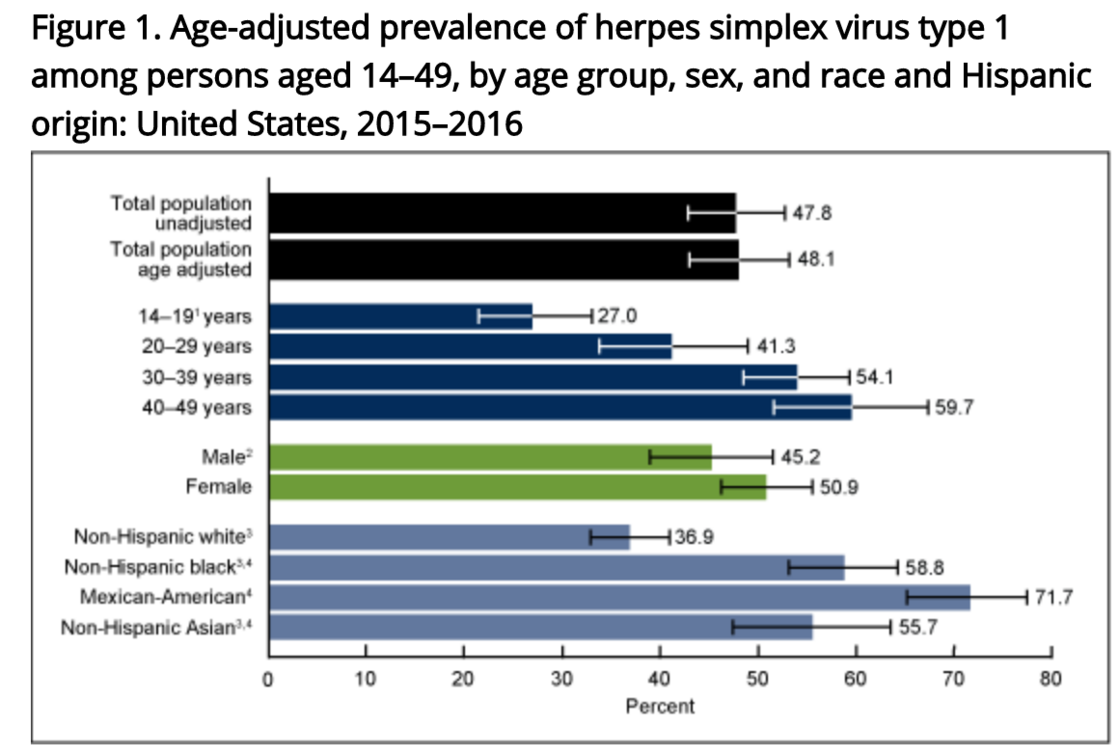 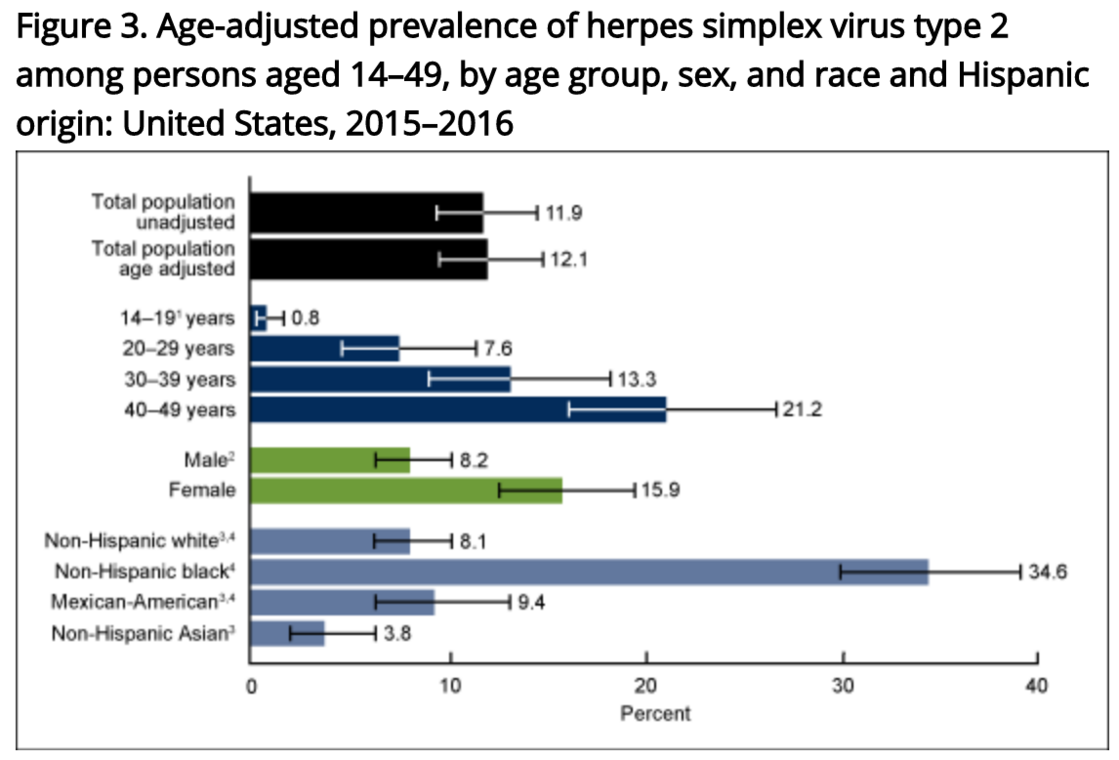 You are so not alone. The only reason why you feel alone is because nobody is talking about it. We’ve been made to feel like we are carrying an awful secret or we’re bad people for living life. As you can see from these numbers that the majority of the population has herpes. Feel free to use this information while disclosing or sharing it with others. Educating people on herpes is the best way to stop the stigma.

Don’t let having herpes stop you from living your life and following your dreams. Go out and crush it!!!

Watch on Life With Herpes

Listen on Life With Herpes

Oh yea, remember to subscribe to the Life With Herpes newsletter and get The 5 things  I wished I knew before I was diagnosed with herpes sent directly to your inbox + weekly updates.

Learn about the Herpes Outbreak Toolkit:

Need to talk confidentially about herpes?

Oh Yea and in case you need Herpes Outbreak Essentials