·
By Alexandra Harbushka
·
Under Herpes 101 & Fertility 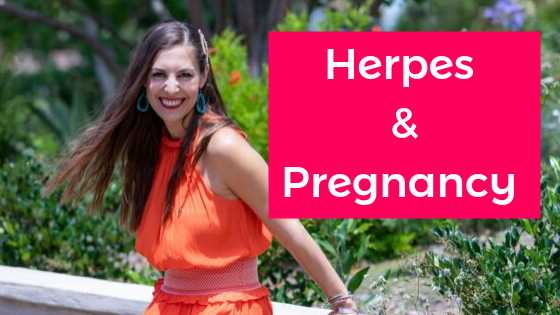 Yay, you’re pregnant or thinking about becoming pregnant and want to know what herpes has to do with it.

Wow, this is exciting! Time in your life so let's talk about herpes and pregnancy.

I can remember one of the first things I was worried about and asked my doctor about pregnancy. I was curious if it would impact pregnancy, birth, and the child. I’m sure I wasn’t the only woman so here are some great details on this next exciting big step.

Let’s break this down into two sections, people who already have herpes and want to get pregnant or are pregnant and then people who get herpes while pregnant.

So first let’s talk about having herpes and then getting pregnant.

Genital herpes can be treated safely during pregnancy. You will be offered antiviral tablets which are safe to take during pregnancy and while breastfeeding. A mother can infect her baby during delivery, often fatally. But if a woman had genital herpes before getting pregnant, or if she is first infected early in pregnancy, the chance that her baby will be infected is very low -- less than 1%.

Now let’s move into getting herpes while pregnant.

If the first episode happens in the first three months of pregnancy, your baby does not have increased risk of developmental problems and it does not increase your risk of miscarriage. If you go into labour less than 6 weeks after the first episode of genital herpes, your immune system would not have had time to produce antibodies to protect your baby. Thus, there is a high chance of passing the virus to your baby if you have a vaginal birth. This is known as neonatal herpes. If you have your first episode earlier in the pregnancy, your immune system will provide protection.

In rare cases, if you get an initial herpes infection during your first trimester, the virus could pass through the placenta and cause a miscarriage or serious birth defects. 15-20% of pregnancies have miscarriages so we don’t really know if it was caused from the herpes virus or not.

Herpes can also be transmitted to your baby after birth, and the complications can be severe.

A mother can infect her baby during delivery, often fatally. But if a woman had genital herpes before getting pregnant, or if she is first infected early in pregnancy, the chance that her baby will be infected is very low -- less than 1%.