031: There Is No Such Thing As A Slut with Alexandra Harbushka

Welcome to Life With Herpes, thanks for joining me on episode 31! On this episode we aren’t talking specifically about herpes, but about the stigma of being a slut. A friend sent me a link to an article in The Atlantic about slut shaming, and I wanted to share it with you today.

You’ll hear about a fascinating study two professors conducted that explored why women called certain women sluts, the role socioeconomics plays, and much more on this edition of Life With Herpes.

I wanted to talk about the use of the word slut and slut-shaming because one of the stigmas that goes along with herpes is that you must be a slut if you’ve got it. You and I both know this isn’t true. In fact, I'm here to say there is no such as a slut.

Calling someone a slut is really about slut-shaming: some people are victims to this and others love to use the word to describe someone else. When someone uses the word to shame another person it's really about making the name-caller feel better about themselves, it has nothing to do with the supposed slut.

A friend sent me an article in The Atlantic looking at slut-shaming, it’s well worth a read but I’ll give you an overview here.

Originally the researchers started out looking at different incomes and how that impacted a woman's perception of herself (whether she was confident or not confident). Along the way they noticed different women had different attitudes about sex and this attitude was influenced by their family's income.

So they split the group into two categories: wealthy and working class (non-wealthy) women.

The wealthy women came from families that had money. They didn't have to work to go to college, they were typically in a sorority and had discretionary income.

The working class women paid their own way, they had to work to pay for their college education.

What the researchers noticed was the drama around slut shaming: Armstrong said they would see working class girls walk out of the dorms to meet up with boys and the privileged girls would say "why are you wearing that?!". Five or six of the wealthy women actively practiced slut-shaming or degrading other women for their "loose sexual morals".

Their accusations for what constituted sluttiness would change: it wasn't measured based on personality traits, but on unattractiveness. And calling a woman a slut is a surefire way to undermine a woman's confidence and make her feel bad. 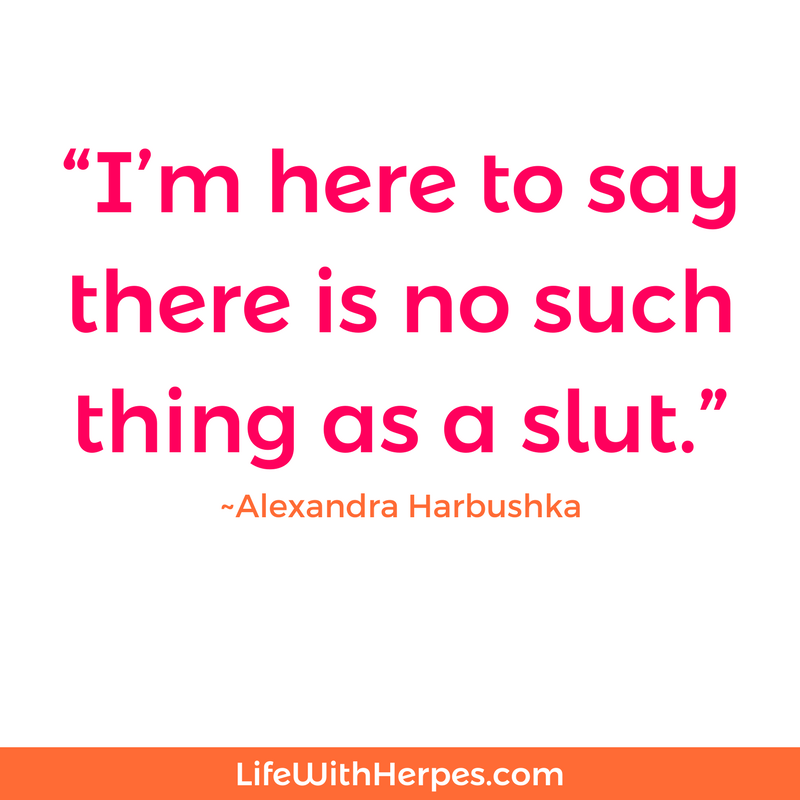 These same women also said frequent "hooking up": kissing, making out and oral sex doesn’t make you a slut. While the working class women didn't see hooking up as excluding vaginal intercourse, they thought all sex and hookups should incur within a primary relationship.

However the working class women would call the wealthy women a slut if she was being rude and "cliquey".

What the research also showed was that the girl who had the most sexual partners was a wealthy girl. She had the most sterling reputation because she was an expert at concealing her sexual history. She wouldn't hook up with guys who knew each other, she would go to guys in different groups. The guys didn't talk to each other because they didn't know each other.

To bring this a little closer to home and to be transparent and vulnerable, I will tell you I have definitely called other people a slut based on what they wear and what they do. And I have looked at them and said I was sure they had herpes (this is before I had herpes).

I can remember going back to homecoming after graduating from college and we were talking about one of my sorority sisters. She was known for hooking up with everyone, giving lots of blow jobs. That was her reputation: she was known for being a slut. As we were talking about her someone said they were sure she had herpes. And this was after I had found out I had herpes, naturally it made me so mad that they would assume having herpes made her or anyone else a slut. You and I know this isn’t true, but the stigma and connection of herpes and being a “slut” is still there.

Weigh in with your thoughts in our free, private community on Facebook, or send me an email after you’ve listened to all of episode 31 of Life With Herpes.